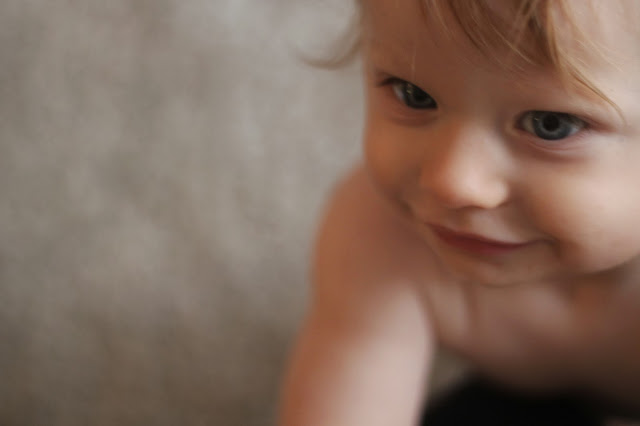 this tiny sweetheart of a soul is trying so hard to talk! he's in this weird squealing phase where he just squeaks so expressively. when he's really serious he does a low grumbly grunt, but when he's curious about something he points and squeals at a pitch i can't even imitate. he's hilarious. loud, but hilarious. papa has midterm's this week so eli and i have been trying to be low key for his sake. we found a new park, but we are still searching for swings! any montreal mama's know of a good toddler park? back in vancouver eli was still pretty little for parks--but now that he is a toddling bundle of energy, i'd love to introduce him to some fun activities. eli is a social butterfly (what the?) and loves other babies more than anything, so we'd also love for him to make some new friends. poor kid is used to people everywhere all the time, but since the move to montreal it's been just mama and dada. anyways, hello monday! we are not ready for you, but we will (try to) embrace you with open arms.